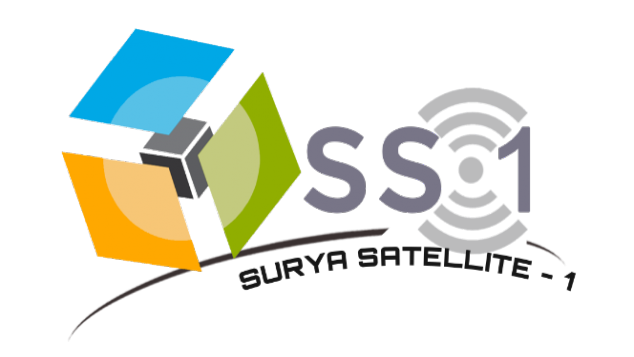 Surya Satellite 1 (SS-1) project is a project to develop 1st Indonesian University Scale Nanosatellite. The high cost of conventional satellite production is one of the cause for Indonesia to be underdeveloped in communication and data collection technology. The low cost of nanosatellite development enables Indonesia to overcome the problems stated before. Cheaper cost means more satellites can be produced, resulting in more information can be collected by Indonesia.

We are serious with what we've done, because this project is related to Indonesia pride and we need a lot of support to complete this project. We have worked together with Indonesian Space Agency (LAPAN) and Indonesia Amateur Radio Organization (ORARI), however it is still not enough without strong funding

"Let’s support this nanosatellite development project so Indonesia able to compete with other countries in the communication field !" 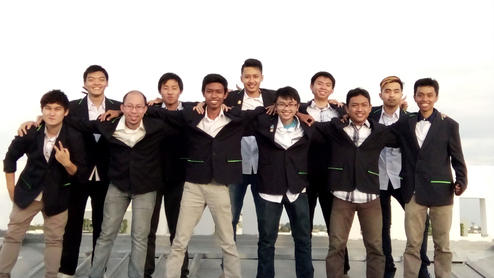 Surya Satellite 1 Project started on April 2016, when Dr. Riza Muhida invited his students to join his project to build a communication satellite. The satellite was planned to be on a small scale and will be used to communicate using a radio system called the APRS.

The Ground Station was built on SS-1 Team basecamp, the Center For Robotics and Intelligent Machines (CRIM). It was located on :

Here is an update on Surya Satellite-1 Progress: 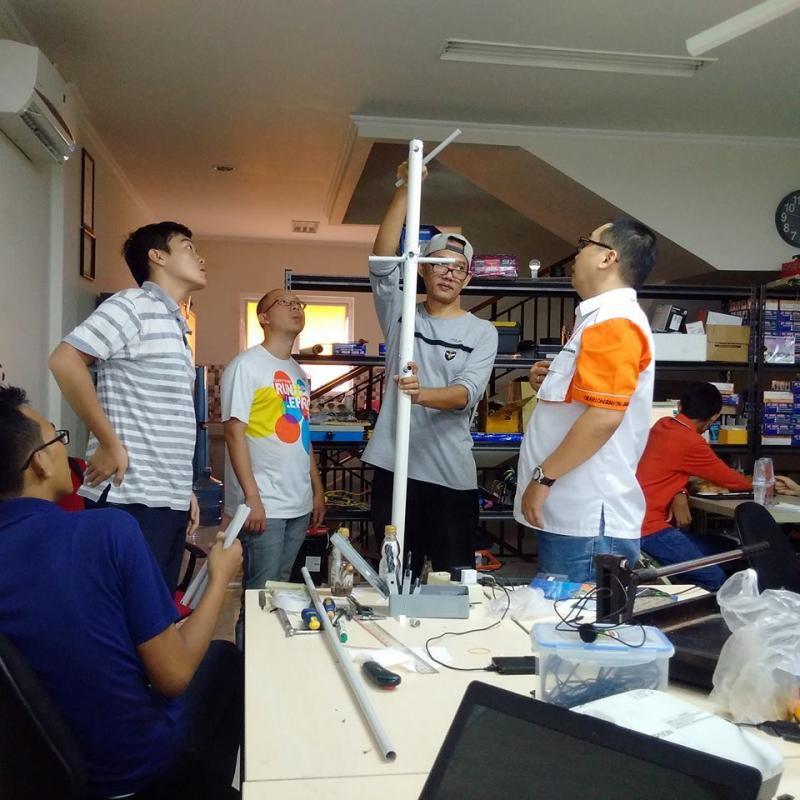 The SS-1 Team take the first step of project by building a basic Ground Station. Ground Station is an important facility used to establish a communication between earth and satellite that already orbits. The team had help from instructor from ORARI or Indonesian Amateur Radio Organization when building up this facility.

A simple ground stations used by SS-1 team comprise of several items such as: 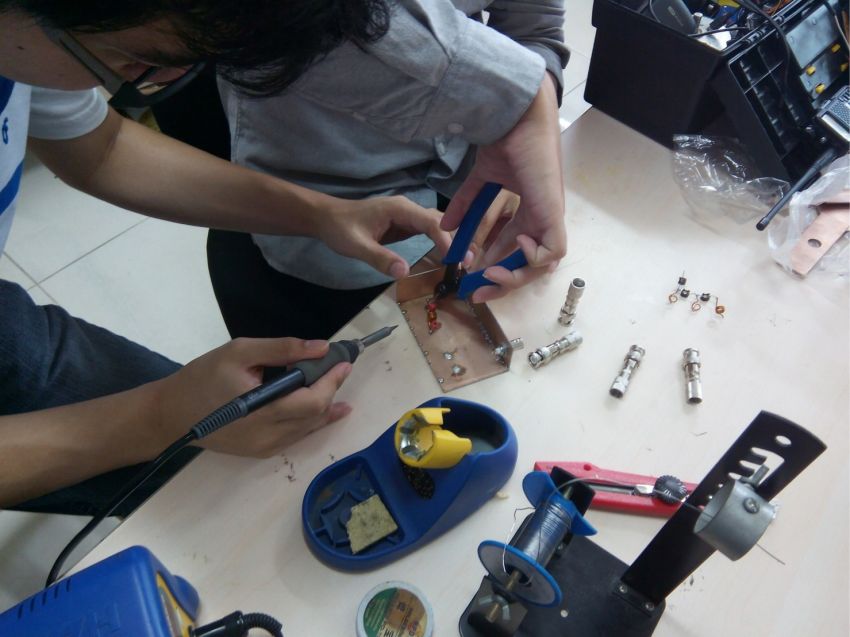 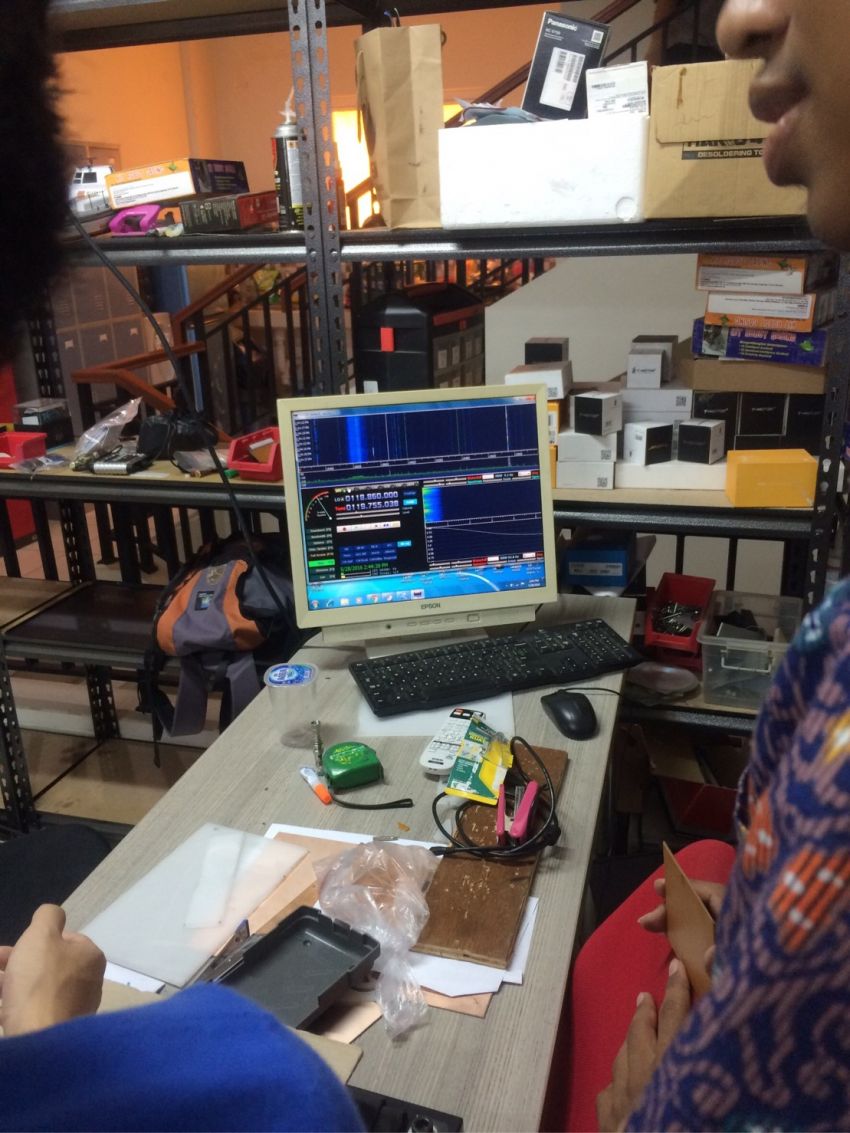 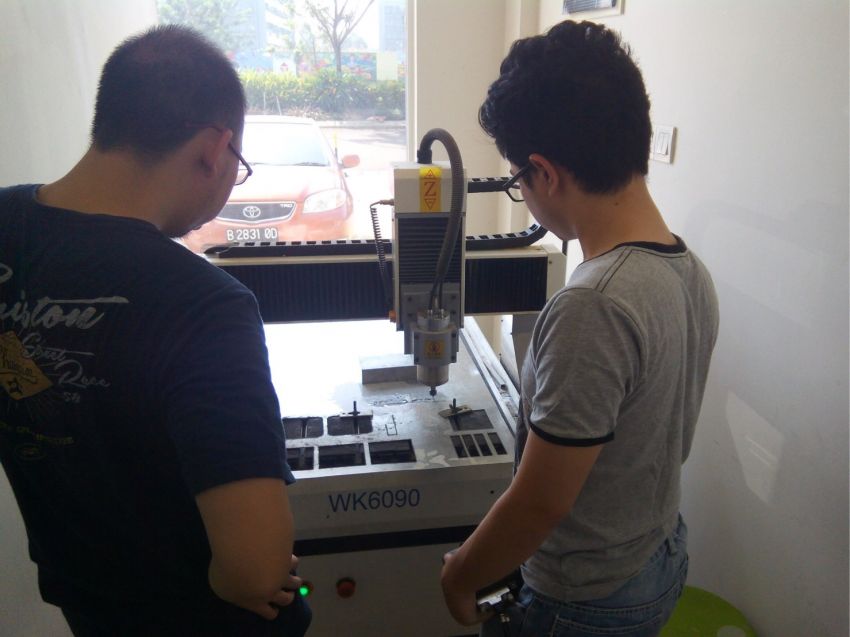 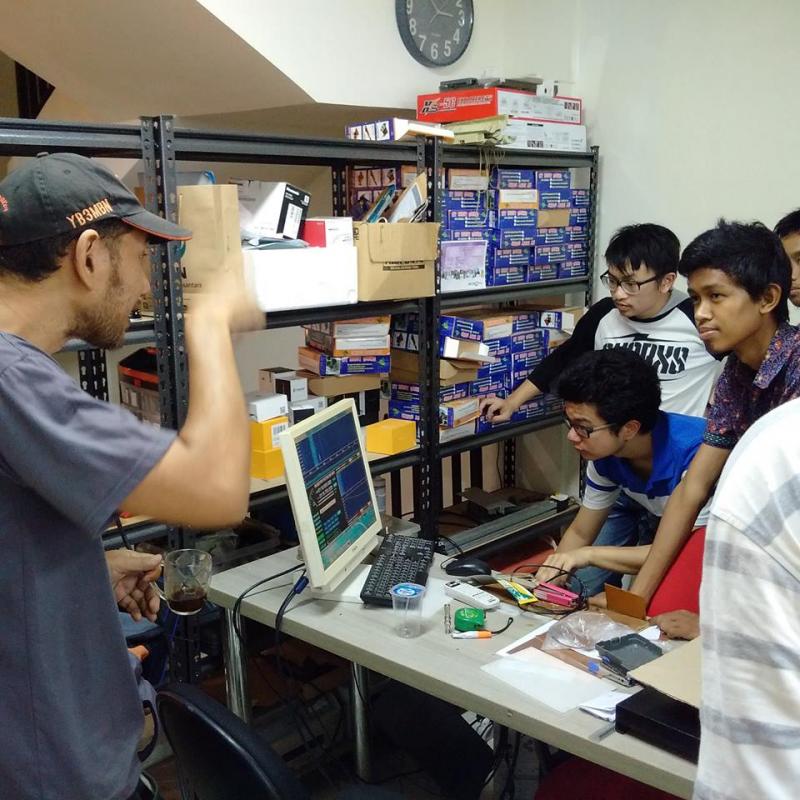 The SS-1 team has just finished the first structural prototype, called the mock-up model. This model was built using 1mm aluminum plate with the same scale as the real satellite that will be manufactured. However the mock-up model won't have any capabilities to function as it should be yet.

Later this model will be used in our first exhibition ! 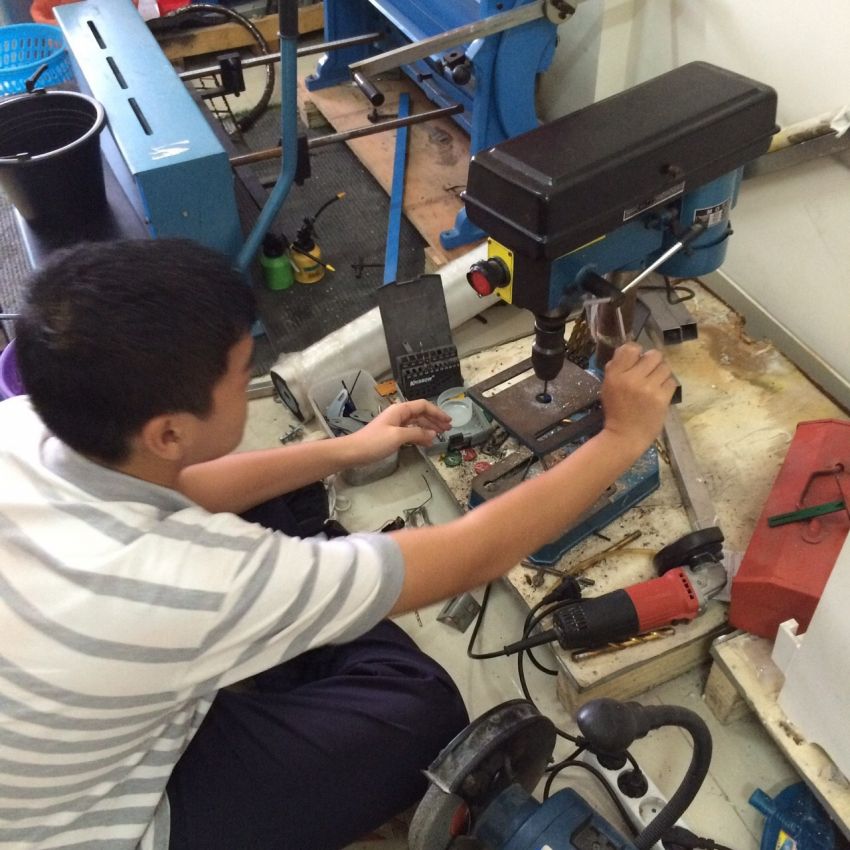 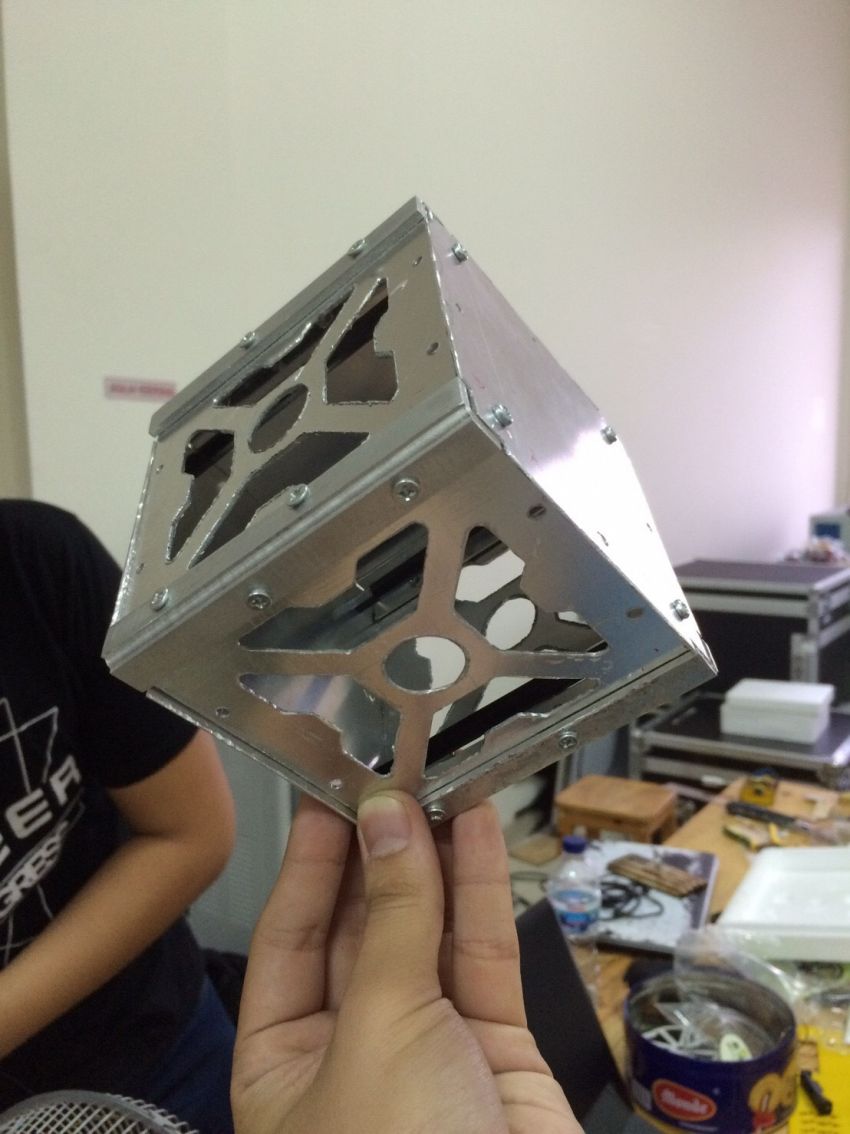 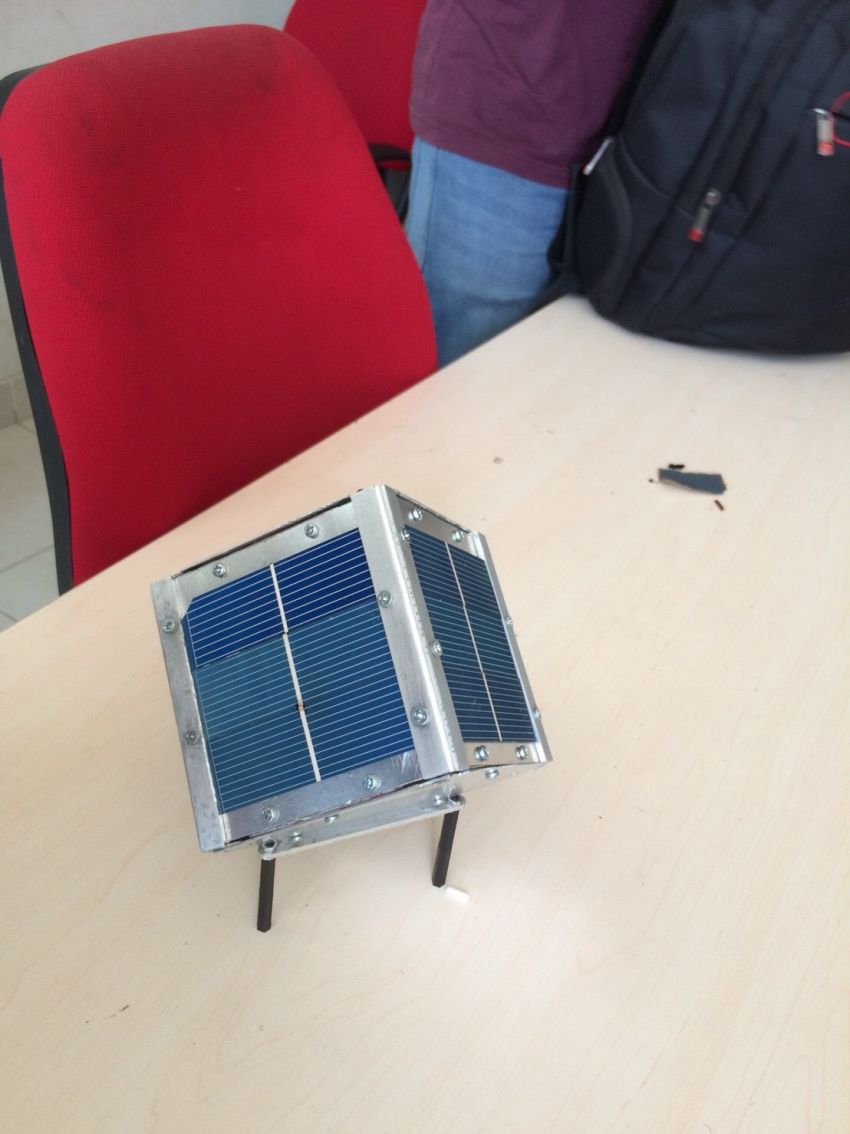 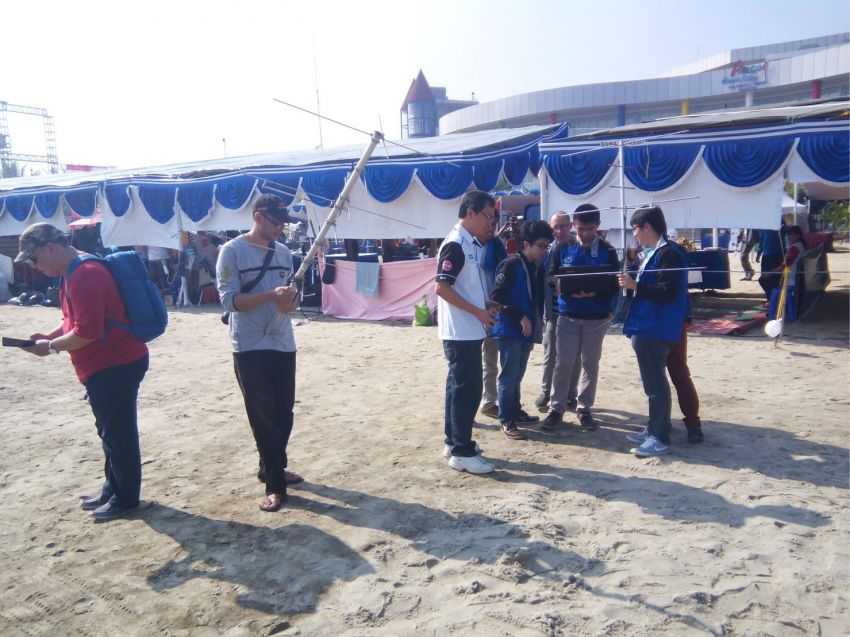 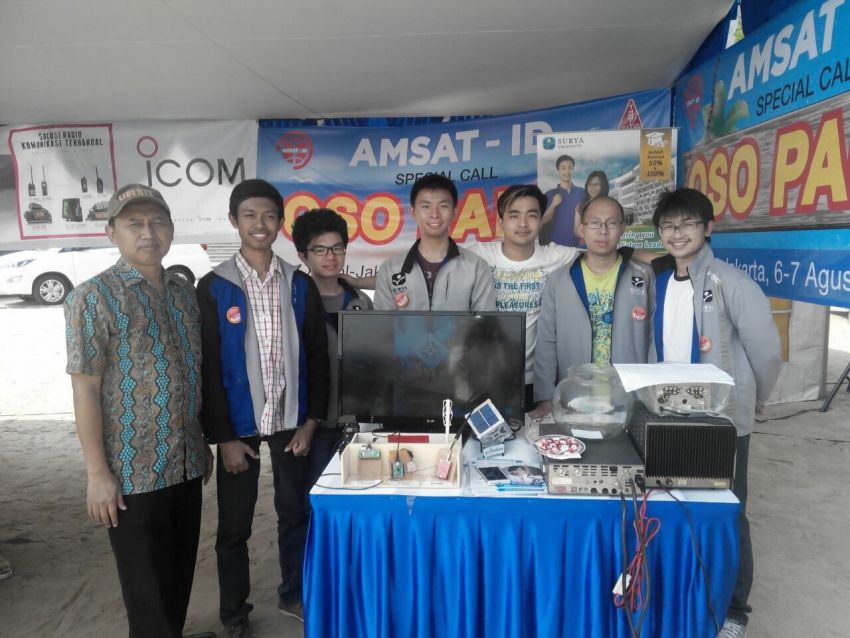 On August 2016, SS-1 Team held their first exhibition on the Jakarta Amateur Radio Festival (JARF), held by ORARI. The Team exhibit the newly made mock-up model of the satellite, the satellite APRS communication system and a model of the Ground Station made by the team.

Jakarta Vice Governor at the time, Mr. Djarot Saiful Hidayat, visited the event and went to the SS-1 stand. There he heard a short presentation about the project by one of our member. Visitor from other province and countries who join the festival, also came to our stand to learn more about our project.

Aside from displaying the models, our SS-1 team also had a QSO party, an event where the team tried to communicate to other people through a passing satellite. SS-1 Team learned to join the communication party with the help from an ORARI branch that used to communicate with satellite, AMSAT-ID. The equipment used to held a QSO party are an Yagi Antenna and a walkie-talkie.

Update 5 - Learning from the Experts 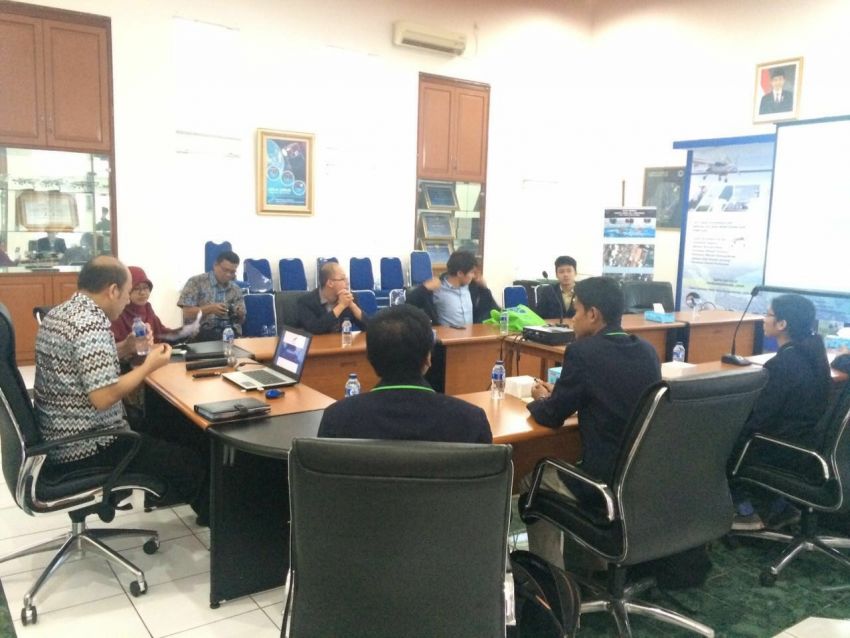 The team was welcomed by Head of Satellite Technology Dissemination Division, Mr. Iwan Faizal. On this study trip, representatives of the team learn about satellite development process, starting from the development of engineering model until the testing before launched. One of the senior engineer of PusTekSat, explained about the aspects that needed to be considered when developing a satellite.

The trip was concluded after the team had a laboratory tour across the PusTekSat. Representatives of SS-1 team able to see the facilities used by PusTekSat to made Indonesian Satellite LAPAN A2, moreover, the team also able to look up at the prototype. 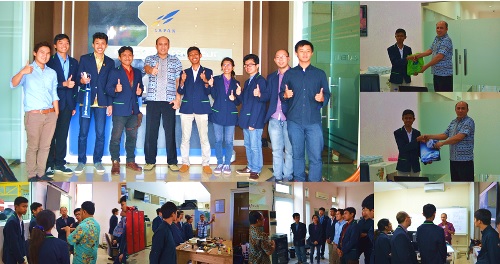 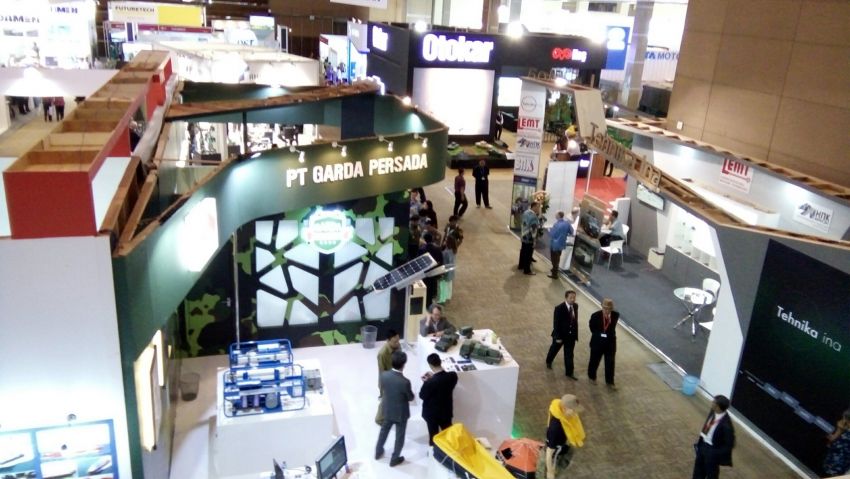 The team exhibit the mock-up model on the prestigious INDODEFENCE, an exhibition of defense system hosted by Indonesian Ministry of Defence. The expo was said to be the biggest Indonesian defence industry system. 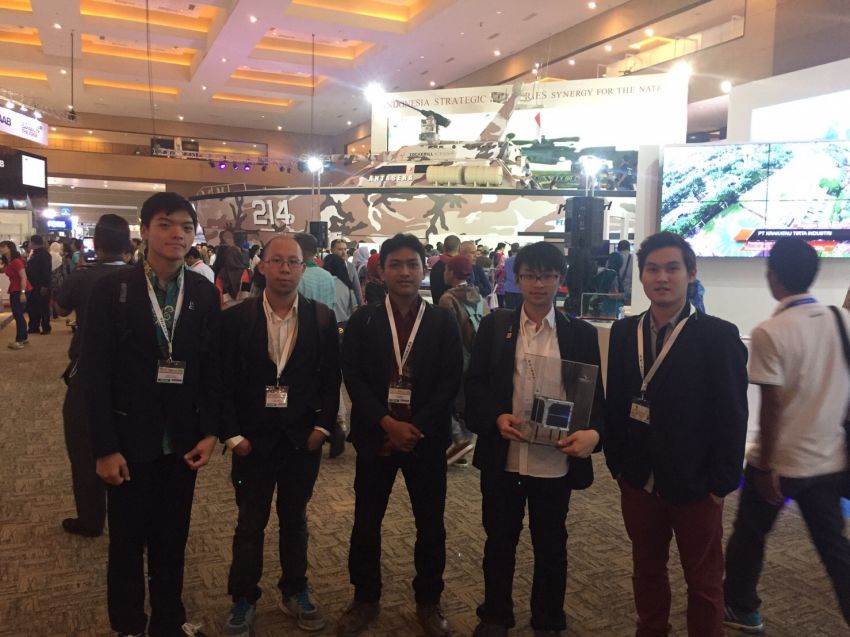 Representatives of SS-1 Team went to Manila to join the International Conference on Satellite Technology, APRSAF. The 23rd APRSAF Event was held by JAXA, MEXT and Phillipines Space Agency, moreover attended by space agency across the world. The event focused on discussing the development of satellite technology on the past year.

On the event, our project leader, gave a presentation about the project to the participant. The team representatives also met several important people from other countries space agency and learned about the development of Cubesat there.

Before the event ended, the Team SS-1 had a short discussion with the Head of Indonesian Space Agency, Mr. Thomas Djamaluddin, to ask his support about the project. He replied gladly by giving a short testimony to support the project.

The team held the 3rd exhibition about the project on Banten Amateur Radio Festival 2016 (BARF). The event was hosted by ORARI Banten on Serang, the capital city of Banten Province. On the exhibition the acting governor of Banten, Nata Irawan, came to the stand to listen about the project presentation. He was interested in the project and looks forward to the continuation of the project.

Representatives of the SS-1 Team and ORARI met with the Indonesian Minister of Communication and Informatics, Mr. Rudiantara. Before the meeting, the team are greeted with several official from the Ministry of Communication and Information (KemKomInfo). The meeting was held on the office of KemKomInfo, on Gambir, Jakarta Pusat. On the meeting SS-1 project leader, gave a presentation of the project. The purpose of this talk was to ask for the support of this project from the ministry and The meetings ended sucessfully with a testimony video from Mr. Rudiantara to support our project.